The University of Georgia Agricultural and Environmental Services Laboratories offer soil salinity testing to help farmers and the general public diagnose and manage problems associated with soil salinity. By definition, a saline soil contains excess soluble salts that reduce the growth of most crops or ornamental plants. 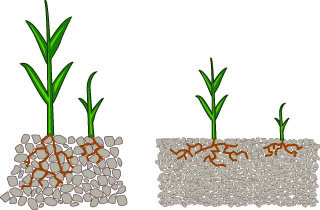 Soil salinity is caused by several factors. Soils may become saline as a result of land use, including the use of irrigation water with high levels of salt. Seawater is also a source of salts in low-lying areas along the coast through tidal estuaries or when rainfall in coastal regions mixes with sea spray. Saltwater intrusion into freshwater aquifers may occur when wells are close to the coast and water is pumped to the surface for various purposes, including irrigation. Irrigating from salt-impacted wells or saline industrial water may lead to the formation of saline soils.

Soil sodicity, on the other hand, is caused by high sodium levels in soils at concentrations greater than 15 percent of the cation exchange capacity. Sodic soils tend to have poor structure with unfavorable physical properties such as poor water infiltration and air exchange, which can reduce plant growth.

Effects of Salinity on Plant Growth

Salinity reduces water availability for plant use. High salt levels hinder water absorption, inducing physiological drought in the plant. The soil may contain adequate water, but plant roots are unable to absorb the water due to unfavorable osmotic pressure. This is referred to as the osmotic or water-deficit effect of salinity. Plants are generally most sensitive to salinity during germination and early growth.

The second effect of salinity is shown when excessive amounts of salt enter the plant in the transpiration stream and injure leaf cells, which further reduces growth. This is called the salt-specific or ion-excess effect of salinity (Greenway and Munns, 1980). Symptoms may include restricted root growth, marginal or leaf tip burning/ browning, inhibited flowering, reduced vigor and reduced crop yields.

Accumulation of salts can result in three soil conditions: saline, saline-sodic and sodic soils. Each of these soil conditions has distinct characteristics that can be observed in the field, which are useful for diagnosing the problem. Completely white soils are saline, soils with a brownish-black crust are sodic, and grey-colored soils are generally saline-sodic. The following physical observations/symptoms may be helpful in diagnosing salt-related soil problems:

Problems due to soil salinity and sodicity in soil are commonly evaluated by laboratory testing. The following laboratory measurements are typically used to determine the extent of these problems:

1. Electrical Conductivity (EC) — Measures the ability of the soil solution to conduct electricity and is expressed in decisiemens per meter (dS/m, which is equivalent to mmhos/cm). Because pure water is a poor conductor of electricity, increases in soluble salts result in proportional increases in the solution EC. The standard procedure for salinity testing is to measure EC of a solution extracted from a soil wetted to a “saturation paste.” According to U.S. Salinity Laboratory Staff (1954), a saline soil has an EC of the saturated paste extract of more than 4 dS/m, a value that corresponds to approximately 40 mmol salts per liter. Crops vary in their tolerance to salinity and some may be adversely affected at ECs less than 4 dS/m. Salt tolerances are known for common crops. For example, peach is sensitive, whereas cotton is more salt tolerant (Maas, 1990). Beets and asparagus are very tolerant of salinity.

2. Total Soluble Salts (TSS) — Refers to the total amount of soluble salts in a soil-saturated paste extract expressed in parts per million or milligrams per liter (ppm or mg/L). A linear relationship exists between TSS and EC within a certain range that can be useful to closely estimate soluble salts in a soil solution or extract. The ratio of TSS to EC of various salt solutions ranges from 550 to 700 ppm per dS/m. Sodium chloride, the most common salt, has a TSS of 640 ppm per dS/m. So if EC is known, TSS can be estimated using the formula below:

3. Sodium Adsorption Ratio (SAR) — A widely accepted index for characterizing soil sodicity, which describes the proportion of sodium to calcium and magnesium in soil solution. The formula to calculate SAR is given below, with concentrations expressed in milliequivalents per liter (meq/L) analyzed from a saturated paste soil extract.

When SAR is greater than 13, the soil is called a sodic soil. Excess sodium in sodic soils causes soil particles to repel each other, preventing the formation of soil aggregates. This results in a very tight soil structure with poor water infiltration, poor aeration and surface crusting, which makes tillage difficult and restricts seedling emergence and root growth (Munshower, 1994; Seelig, 2000; Horneck et al., 2007).

4. Exchangeable Sodium Percentage (ESP) — Another index that characterizes soil sodicity. As noted above, excess sodium causes poor water movement and poor aeration. By definition, sodic soil has an ESP greater than 15 (US Salinity Lab Staff, 1954). ESP is the sodium adsorbed on soil particles as a percentage of the Cation Exchange Capacity (CEC). It is calculated as:

CEC is often estimated as the sum of the major exchangeable cations, including hydrogen. Both cations and CEC are expressed as meq/100g. ESP can also be calculated as:

ESP is used to characterize the sodicity of soils only, whereas SAR is applicable to both soil and soil solution or irrigation water.

The general interpretation of data on electrical conductivity and exchangeable sodium percentage from saturated paste extracts are given below.

The goal of salinity testing is to determine the salt level of soil from which roots extract water. Therefore, soil samples should be collected from the 0 to 6 inch depth or from the rooting depth. Deeper samples may be collected if the goal is to identify the extent of salinity caused by irrigation within the soil profile. In many cases, comparing soil samples from the affected area to surrounding normal-looking areas is valuable in diagnosing the problem. Collect eight to 10 cores from around a uniform area, mix them in a clean plastic bucket and transfer a composite sample (approximately 1 pound) to a soil sample bag.

After the kinds and amounts of salts in the soil have been determined by testing, the soil can be properly treated. Reclaiming a salt-affected soil involves leaching, chemical treatment or a combination of both.

Application of good quality irrigation water in the correct amounts will remove excess salts from soils that are well structured and have good internal drainage. Excess salts should be leached below the root zone so that the EC of the soil solution becomes lower than the crop’s critical threshold. The University of Georgia recommends leaching techniques to remove salts from the root zone when EC is greater than 1.25 mmhos/cm at a soil-to-water ratio of 1:2. The volume of low-salt water needed to dissolve and leach any large quantities of salts from the soil is given below. A general rule of thumb is that 6 inches of water will remove about half of the salt, 12 inches will remove 4/5, and 24 inches will remove 9/10.

For soils with poor drainage, it is recommended to break root-restrictive hardpans or clay pans by deep tillage to allow water to penetrate and leach the salts. It may be necessary to install tile drains to remove salt-laden drainage water and move it below the root zone by rainfall or irrigation water.

When a soil has an SAR value of above 13 (or ESP greater than 15), it contains excess sodium that makes it a sodic soil. Excess sodium can cause soil dispersion, which prevents the formation of soil aggregates, resulting in surface sealing or crusting. Dispersion of the soil by excess sodium reduces water infiltration and movement through the soil, and also causes poor aeration. Good aeration and water movement are both essential to unrestricted growth of plant roots. To eliminate surface sealing, the soil should be treated with calcium to remove sodium. One of the most commonly used calcium sources for correcting sodium-contaminated soil is gypsum (calcium sulfate, Ca[SO4]•2[H2O]). Gypsum is incorporated into the soil, followed by application of salt-free irrigation water. The amount of calcium to apply depends on the quantity of sodium in the soil. Road de-icing salt or calcium chloride (CaCl2) is also an option to provide calcium to soil, but it is more expensive than gypsum.

The table below provides the amount of gypsum needed to replace exchangeable sodium in the soil. The soil test sodium values are determined from an ammonium acetate extraction at pH 7.

Correcting a salt-affected soil involves identifying the kind and amount of salt, chemical treatment and leaching. When a salinity problem is identified, it is recommended that corrective steps be taken immediately. Prompt action will give a better chance of reclaiming the affected soil, be less expensive and pose less risk of plant damage. 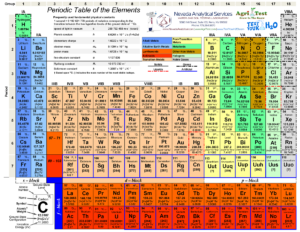 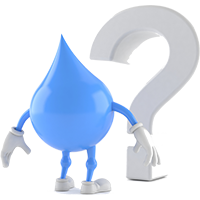